In the early 19th Century, the conditions were very different. Civil suits were tried solely by the Sadar Amin at Panipat who adjudged cases according to Muhammadan law. The language of the court was Persian till 1836. No stamps were affixed on the petitions till 1830.
During the latter part of the 19th century, munsif was appointed in the district who had jurisdiction within Karnal and Panipat tehsils and in pargana Assandh of the Kaithal tehsil. He held his court alternately for two months at Karnal and two months at Panipat. Besides the honorary magistrates conferred with various powers exercised magisterial jurisdiction within the limits of their respective jagirs and in the town Kaithal and Karnal.
By the beginning of the twentieth century, the civil judicial work was placed under the supervision of a District & Sessions Judge, Karnal. He had under him two subordinate judges stationed at Karnal and two munsifs stationed one each at Karnal and Kaithal respectively. Practically, all the civil work is done by them, but a few civil suits were sent to the Sub-Divisional Officer, Kaithal. The Honorary Magistrates continued to have jurisdiction in various parts of the district for civil Judicial work.
Till the separation of the judiciary from the executive in 1964, the administration of civil judicial work in the district was handled by the District and Sessions Judge, Karnal who was assisted by the Senior Sub Judge, Karnal, and three sub judges, one each at Karnal, Panipat, and Kaithal. An Additional Sub Judge III class was appointed at Karnal in 1965. After the separation of the two functions, the Senior Sub Judge and Sub Judges I Class had been vested with the powers of a Judicial Magistrate I Class. The additional Sub Judge III Class enjoyed the powers of Judicial Magistrate II Class. 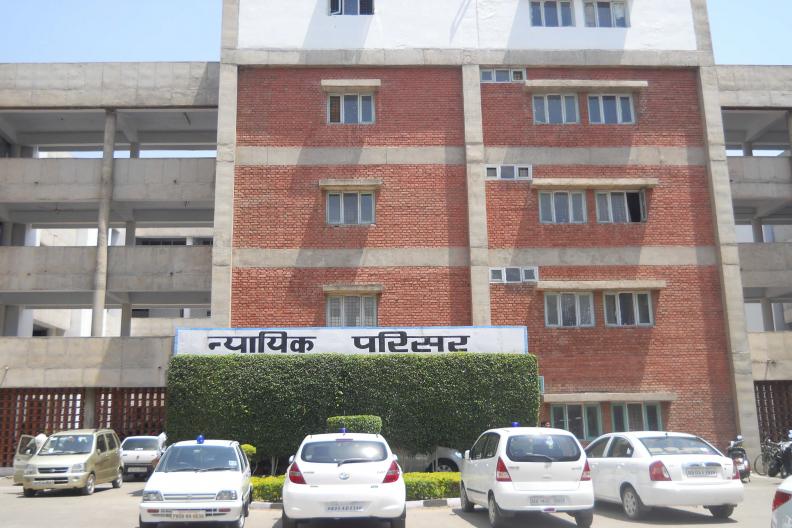 Criminal Courts: In the early 19th-century murder cases were tried at Delhi and the bodies of criminal executed were left hanging on the gibbets. This practice continued till 1838. Flogging was abolished in 1825. The tract law was, however, rigorously enforced, holding the village to which the thieves were traced and even that in which the robbery took place if connivance was suspected, responsible for the full value of the stolen property; and though this practice was discontinued on the introduction of Regulation in 1832, yet the court of Directors expressly ordered its revival on the ground of the number of feudatory chiefs whose territories bordered on the tract. The police establishment was notoriously corrupt. During the five years from 1828 to 1832, the average number of cases brought into court, excluding assaults, was only 628 for the whole of Panipat district. In 1879, the corresponding number for a little large population was 1,750. The police duties in large towns were discharged by watchmen, while in villages the people themselves were responsible for these duties. For the jagir holdings, the police were furnished by the jagirdars. There was no headquarters of the district is 1827, and the magistrate was always moving about and carrying his jail with him, the prisoners sleeping in the open under nothing but a guard.
By the beginning of the 20th century, the criminal Judicial work came to be supervised by the District & Sessions Judge, Karnal. He was assisted by the District Magistrate, the Senior Sub Judge and Sub Divisional Officer, Kaithal, 2 Extra Commissioners with Class I powers, 4 Tahsildars with Class II Powers, and 6 Naib Tahsildars with class III powers. The Junior Sub Judge stationed at Karnal was also allowed to perform criminal work during the month of September. Besides, the Honorary Magistrates, conferred with various powers, exercised criminal jurisdiction in different parts of the district.
In 1963, the organization of criminal justice was controlled by the District Magistrate, Karnal who was assisted by an Additional District Magistrate; three Magistrates I class at Karnal; General Assistant, Karnal; Sub Divisional Officers (Civil) at Panipat, Kaithal, and Thanesar; and Resident Magistrates at Panipat and Kaithal.
With the separation of Judiciary from the executive in 1964, powers of the District Magistrate on the Criminal Side were vested in the Chief Judicial Magistrate under the control of the District and Sessions Judge, Karnal.
The Courts of Karnal are situated at a new judicial complex which was inaugurated by Mr. Justice Y.K.Sabharwal, Judge, Supreme Court of India & Mr.Justice B.K.Roy, Chief Justice, Punjab & Haryana High Court on 8.11.2003. One Court of Addl. Civil Judge(Sr. Division)-cum-Sub Divisional Magistrate is situated at Assandh.

When it comes to the selection process, the candidates have to take up a written exam / Interview. Selected candidates will be paid a handsome salary (as per Govt rules). The type of questions that are asked in the technical interview round differs from one position to another. There are multiple steps for the selection process for the posts of Stenographer, Clerk, Peon, Process Server, Gardner, Chowkidar, Liftman, Sweeper, Watchman, Chauffeur, Cook, etc. in the Karnal Court. The procedure is as follows

We advise to you for other Karnal Court Recruitment 2021 and selection process please read below official recruitment notification carefully before apply.

Know the current status of your case by Return SMS

Important: Case Number Record (CNR) is a unique Identity Number of each case, which remains constant. All the Advocates, Litigants, and stakeholders are requested to ascertain the CNR of their respective cases from the concerned Courts and to refer the same for all future references.